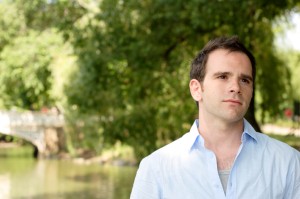 Abortion is not a women’s issue. In every situation, men are involved and impacted.

A study on men and abortion asked men if they agreed or disagreed that “abortion was an easy experience and did not have lingering and disturbing thoughts.” Seventy-two percent of men disagreed.

If you have any of these, you may be experiencing post-abortion stress.

Even if you currently experience none of these post abortion symptoms, abortion may still impact your life. Many men cope by “moving on” – believing they’ve left the past behind. Men are taught to be tough. Some men believe that because it was “her body, her choice,” any lingering effects will be her problem.

But the loss of a child is a loss like none other.

“It’s been years but there isn’t a day that goes by that I don’t think about it.”

“The abortion was my decision. No big deal. But then, years later, my son was born. As happy as I was I couldn’t shake the feeling of sadness over what I’d lost. ”

“I never thought I’d feel this way (after the abortion) … I thought I was going crazy. It was hard to make the call, but I found the help and support I needed. I can get on with my life.”

Take the time
Call or text 630-599-0043
All calls are confidential for post abortion care and post abortion support for men.
care@restoreafterabortion.com