Home News Is Mother’s Day a Struggle for You?

Is Mother’s Day a Struggle for You? 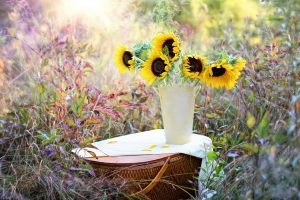 Mother’s Day is a day that many women look forward to celebrating each year. I have a friend who takes a yearly trip to a quaint coastal town in Michigan with her sister and mother. They shop and eat out all weekend and just take in the time they have to spend together. It is a sacred time they share and no matter what comes up or how busy my friend gets, she would never dare to miss that weekend with her mother.

I have another friend who is a mother herself and her only request – but also her greatest joy – is that she gets to stay in bed on Mother’s Day morning and be served breakfast in bed by her husband and kids. It’s a small thing, but she looks forward to that one little gesture each year as if it is her own personal Christmas.

Whether big or small, Mother’s Day touches each of us in some way. Unfortunately, the feelings we experience on Mother’s Day may not always be positive. Some are grieving the recent death of their own mother and the day leaves them feeling the loss in a whole new way. Others struggle with Mother’s Day because they have been trying to become a mother for quite some time but have not yet had success, or because they were pregnant but recently miscarried.

One of the least talked about, yet very real, struggles of Mother’s Day is the struggle of a post abortive mother. Many women who have experienced an abortion struggle on this day. As mothers are being celebrated everywhere, they often feel left out and alone. Maybe they never told anyone about their abortion so they don’t feel like they can say, “I’m a mother too!” when they hear the warm greeting of others saying “Happy Mother’s Day” to women around them. Maybe they don’t feel like they deserve the title of mother given the choices they made with their own baby.  Maybe they are in the middle of living in regret over their abortion and longing to hold the baby they never had the chance to meet. Each time they hear those words – Happy Mother’s Day – their hearts break a little more.

I once heard a mother who experienced infant loss say, “It’s just so hard because I feel like I am a mother, but I don’t have a baby to care for.”  You see, something happens within a woman when she becomes pregnant. Whether she is able to meet her baby and care for that baby, or whether she loses her baby before he even takes his first breath, there is no denying the feelings of any woman who has carried a child within her. She is, indeed, a mother.

Are you struggling with this Mother’s Day approaching? Do you know someone who has lost or aborted a baby and is struggling?

If you have experienced an abortion and would like to talk to someone confidentially, please call or text Restore at 630-599-0043 today. We know what you are going through and want to help.